In the last years our performative practice was heavily influenced by Guy Debord’s idea of dérive, a sort of instinctive exploration of urban space. The idea of dérive was formulated by Guy Debord in 1956, as a “technique of active passage through different environments. The concept of dérive is strongly bound to the […] psychogeography, and to the affirmation of a ludic-constructive behaviour, opposed in every possible way to the classic notions of travel and promenade”. Psychogeography was, always as Debord says, “the study of the precise laws and specific effects of the geographical environment, consciously organized or not, on the emotions and behaviour of individuals”.  In this project we explored Via Padova in Milan, together with Asian artists Ray-Pei Yu (Taiwan), Anqi Zhao (China), and other participants. Some of us had a specific knowledge about the city, while others were foreigners, almost tourists. We naturally developed some rules to our improvisation, e.g.: we chose a disadvantaged non-tourist area; thelocals followed the foreigners; we decided the beginning and the end but not the path of the dérive, which was free; we tried to understand the aesthetic criteria that were leading us; we followed road signals; we carried an object with us that may help or hinder us (a ladder, a shopping cart, an antenna...); we looked for abandoned objects or clothes; we shared stories and memories about the places; we interviewed locals (shopkeepers, inhabitants); we danced. Compared to Debord’s dérives, our practice resulted in a urban performance, based on our interaction between each other and with random people, objects and architectures in the urban space.  After the urban performance, we collected the traces which left: objects, video clips, photos, drawings, noise and voice recordings. Putting together these traces we created “maps” inspired by those that Guy Debord used to make after his dérives. Following the French philosopher’s idea, we want to continue developing our research on the concept of map, a code always subject to change, reflection of a particular, or even personal, cultural vision. We reflected about how much we rely on the maps in our smartphones, that in every second show us where we are, and what’s surrounding us. But during our urban performance we discovered there are many invisible things that even apps cannot tell, for as much as they will refine the algorithm that profile our preferences. Therefore with this project we propose a playful but essential re-conquest of our surrounding urban space, that can be transfered to any city, in any culture, to any group of people. 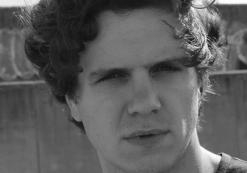