Crowd Control is a playful criticism of the fluid and purposeful way in which actions are perceived and evaluated in contemporary society. In an urban space of pedestrian transit (a plaza, a narrow road), using belt barriers (those that are used in museums or airports), a performer will improvise a purposeless, fluid labyrinth to configure queues with random audience passing by. The surrealist situation will be marked by a monkey mask, worn by the performer on top of his head, as a sort of hat. In “Crowd control”, we set into question how movement in public spaces is shaped by ideological systems of control and regulation that normalise the way in which we perceive our surrounding reality. In responding to the call of Marten Spangberg (“Choreography is an organisational capacity that needs an expression into the world”), we will make choreography free from dance and try to find an answer in how choreography as an organisation practice can be applied in creating purposeless spatial and social relations. A performer wearing on top of his head, as a sort of hat, a monkey mask (a detail marking the peculiarity of the situation) engages in a multi-layered practice that will bring him to relate to his mask, the public and the plaza, using a set of belt barriers. These objects are tools that create patterns of use in public spaces, they are symbols of an authority which imposes a behaviour. They canalise people towards a direction, and rank them from the first to the last. Through the use of belt barriers, the performer will instead work on constantly (dis)organizing and (de)structuring the circulation of bodies in the plaza: he will negotiate between efficiency and inefficiency, practicality and beauty, condensation and dispersion. The practice functions through a grammar we built on antithetic possibilities (open/close, tie/unwrap, pull/leave, surprise/banalise, describe/order, touch /provoke, wait/rush, shifting targets/insist, exploring/drop and go, focusing/dispersing, consensus/dissensus). These possibilities can be applied in relation to an audience, to space/time, to the belt barriers and to the own performer’s body and monkey mask. The span of possible approaches offered from the practice gives a great freedom to the performer to relate and react to all types of emerging performative situations, and to adapt to different aleatory urban contexts, engaging with a more or less participative audience while at the same time staying consistent to his own performativity. The participation of the audience is hugely influenced by the choice of the space. For example, performing in an urban space close to an artistic venue helps a random person passing by to understand the situation: whereas performing in a random urban place of transit may lead to more chaotic and unpredictable results.  The duration of the performance may span from 30 minutes to 2 hours, in sequence or at different time of days. The 5 minutes staging of the belt barriers by the performer is as well part of the performance itself, a way of slowly transitioning from an everyday situation, to a surrealist one.  We conceived Crowd Control as a playful tool, almost out of the artists’ control, to measure, in a specific place, at a specific time, with specific weather conditions, people’s attitude towards ideological systems of control and regulation. Therefore, all the above-mentioned variables (space, duration) can be discussed and adapted to any specific context. 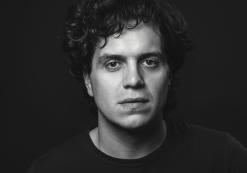