You are here (so don't take things so seriously)

You are here (so don't take things so seriously)

YOU ARE HERE (so don’t take things so seriously)

YOU ARE HERE (so don’t take things so seriously) is a theatrical performance based on the Isaac Asimov’s science-fictional series: the Foundation Trilogy. It is written by Nicola Bremer (and Isaac Asimov) and directed by Gemma Carbone.

YOU ARE HERE (so don’t take things so seriously) is also and especially a challenge. When we first read the Foundation Trilogy we found ourselves pondering a paradox: how to stage a story that has not yet happened? Is it possible to put on scene the History of the future humankind? We started wanting to create a science-fiction performance, we dived into a complicate galaxy, following the laws of the modern physics and contemporary theater.

We want to give many inputs, present many characters, visit distant planets and speak different languages.

We want to talk to everybody concerning what most matters to everybody: our Future. What do we do to create our Future? How can we change it?

YOU ARE HERE (so don’t take things so seriously) is our little step to start changing the Future, by creating a new Present. And the challenge, the essential and most beautiful one, is to create it together.

These are the two coordinates which we would like to verify: space and time.

On the meaning of space: The project wants to experiment, with different medias and artistic techniques, a way to establish a shared space with the audience, which we like to call “playground”. In the playground we

find a proper place where to honestly investigate, put questions, raise doubts and hopefully reach a different prospective from our usual. In this space, in this project, we would like to focus on two main contents: the macro dynamics of human history and development and individual actions and behavior. How does History affect our lives today? What are the consequences of our actions in the Future and what are the influences we receive from the Past? What does Present mean?

On the meaning of time: Today we hear a lot about the Future and we also look back very much to the past. We all are witnessing a “time-compression” trend: many say that our Future has been stolen (Karl Valentin once said: “In the past even the future was better”), others do not even remember facts from twenty years ago, we’re bouncing between moments of dramatic acceleration and moments of extreme stagnation. Everything seems to aim towards a sharping functionality, whose importance is over boarding any other need – even time. The Present time is shrinking between this massive forces from Future and invading pushes from the Past. No one is stopping, no one is taking full responsibility of the space, the time or the life that is occurring NOW.

Man, woman and children are transforming into an expanding network of people, events, money and consumers. The stream is inexorable. Hari Seldon, one of the characters of the Foundation Trilogy, would willingly explain us that “the psychohistoric trend of a planet-full of people contains a huge inertia. To be changed it must be met with something possessing a similar inertia. Either as many people must be concerned, or if the number of people be relatively small, enormous time for change must be allowed.”

In a context like that it is easy to just give up hope; it’s very easy to close and hide ourselves in our private bubbles; it’s even easier to put the blame on someone else or something else. The individual is so small compared to the infinite universe that could not be responsible for what is happening. The consequences of the individual’s actions, the Future, have lost every credibility. 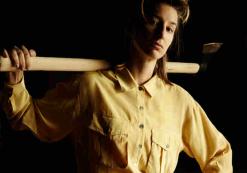 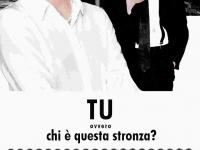